Posted on February 26, 2014 by mygothlaundry 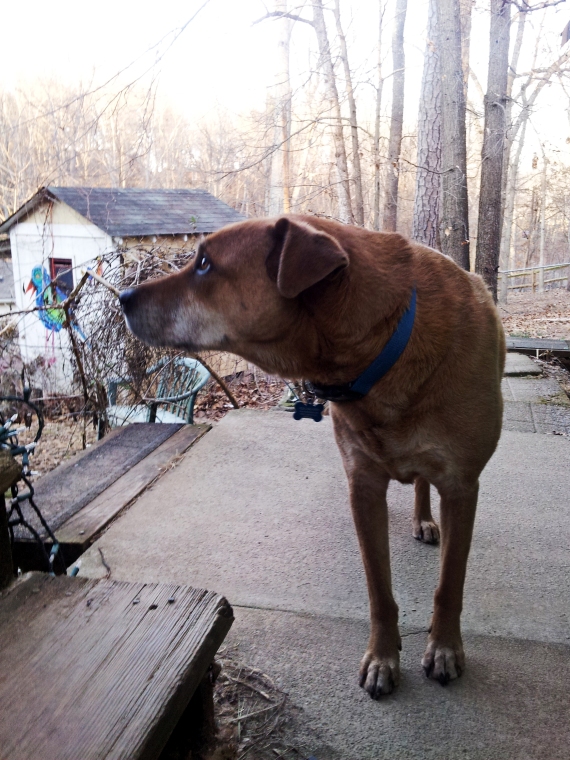 Here is a photo of Perdita, yet again the chosen model for Picture of the Day. You can’t tell from the picture, but I did actually leave the house today on this, my day off: I went to the grocery store and bought a dozen eggs and a container of sour cream and a pound of butter and a box of mushrooms and, because they were out of lentils, an eggplant, which was a little random but I think there is a recipe I wanted to try. Then I came home and made amazing potatoes* – note, most everything is amazing if you use enough butter, I find – and salmon cakes. And I stopped by my friend Jodi’s and went to my aunt’s. so, yes. Basically, though, it was another Day of Sloth and Gluttony, but the kitchen floor got mopped, so that’s something. As deadly sins go, I’m getting really bored with Sloth and Gluttony and feel that it’s way past time for a little Pride and (oh god I wish) some Lust.

However! The big news is that my friend and coworker – well, ex coworker now – had her baby, 6 weeks early. So I am thinking of them tonight and hoping they’re out of the NICU soon and healthy, happy and home. I have no details, just generalities but last I heard mother and son were doing well. This means that an entire two days ahead of schedule, I have become the Fiction Director.

The title is, alas, more glamorous than the job. But still! It is a good title and I like the job.

* We made potatoes fondant in the pressure cooker, inspired by this video (warning: the guy is somewhat annoying) and this recipe and all I changed in that recipe was to use russet potatoes, peeled and cut up into very large chunks like the size of red potatoes and vegetarian stock instead of chicken. They were amazing and I think I never want to eat anything else so if you see me and I seem to have gained 7000 pounds, that would be why.

Oh and yesterday’s photo of the day, if you missed it, is indeed the first crocus of the year.

There are many #spring #crocus pictures out there but this one is mine.

And that’s not embedding again. ARGH. Well, I will figure it out later.